“If the owners don’t want it, let’s run it ourselves.” When a factory closes, the idea of turning it into a worker-owned co-operative sometimes comes up—and usually dies.

The hurdles to buying a plant, even a failing plant, are huge, and once in business, the new worker-owners face all the pressures that helped the company go bankrupt in the first place. Most worker-owned co-ops are small, such as a taxi collective in Madison or a bakery in San Francisco.

But in Mexico a giant-sized worker cooperative has been building tires since 2005. The factory competes on the world market, employs 1,050 co-owners, and pays the best wages and pensions of any Mexican tire plant.

Aware that this unusual victory is virtually unknown in the U.S., friends in Guadalajara urged me to come down and see how the TRADOC cooperative is working.

Its president—who was union president when the plant was owned by Continental Tire—spoke in a workshop at the 2010 Labor Notes Conference. Jesus “Chuy” Torres is one of the more impressive unionists I’ve met—though he’s no longer officially a unionist. Still, “our class is the working class,” he told me.

Far from indulging in a “we’ve got ours” mentality, the TRADOC workers are intent on maintaining solidarity with workers still cursed with a boss.

It’s hard to decide which is more remarkable—how the Continental workers turned a plant closing into worker ownership through a determined 1,141-day campaign, or how they’ve managed to survive and thrive since then.

In any case, we need to celebrate such victories. I’ll tell the tale in two parts.

Opening the Factory’s Closed Gates
Taking over their plant was not the workers’ idea. Continental Tire proposed to sell it to them—after the union backed management into a corner so tight the owners wanted nothing more to do with it.
But to get to that point workers had to wage a three-year strike and what we in the U.S. call a “comprehensive campaign.” Workers say it was not just one tactic that won the day, but a combination of relentless pressures.

Continental Tire, based in Germany, is the fourth-largest tire manufacturer in the world. It bought a factory in El Salto, outside Guadalajara in western Mexico, in 1998, intending to produce mainly for the U.S. market. When it was first built by the Mexican company Euzkadi in 1970, this was the most advanced tire-making plant in Latin America. It was still the most modern in Mexico by the early 2000s.

But Mexican tire-making plants were dropping like flies at that time: Goodyear, Uniroyal. NAFTA had caused tire imports from abroad to triple between 1996 and 2000. At Firestone, the company-dominated union accepted a 25 percent pay cut, multi-tasking, and a seven-day week to try to prevent a closure. 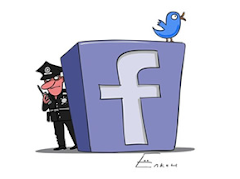